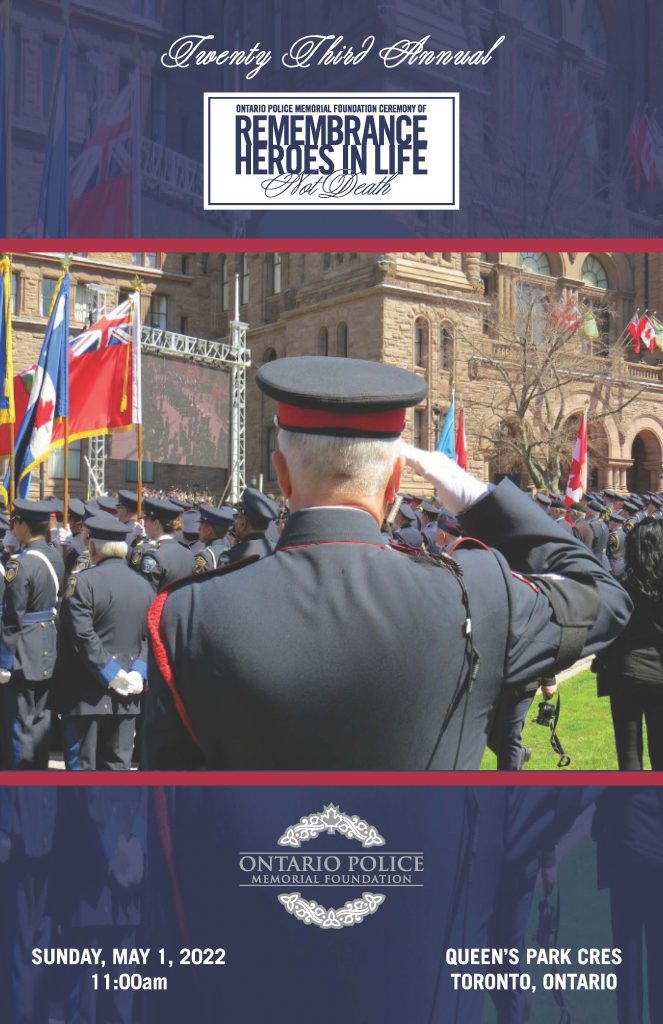 Watch the Ontario Police Memorial Ceremony of Remembrance live on Twitter by clicking on the @HeroesInLife account.

The Ontario Police Memorial Foundation Ceremony of Remembrance is Sunday May 1, 2022 at 11am in Toronto.

For anyone not able to attend in person, the ceremony will be live-streamed on the official Ontario Police Memorial Foundation YouTube channel, Facebook and Twitter platforms.

The Ontario Police Memorial Foundation will provide a broadcast feed of the ceremony for media outlets unable to attend, beginning at 10:30 a.m. Sunday May 1, 2022 from the DomeNet Television Operational Centre.

Both clean feed (no commentators) and a dirty feed (hosted by Julia Suppa and Doug Allen) are being transmitted to the Television Operations Centre with an open pegad and can be used by media for livestreaming and/or reporting.

In person media in attendance will have camera positions reserved with audio feed.

All media outlets are welcome to take the feed live. If you are a media outlet wishing to broadcast the live feed, or if you require further information,
email Scott Mills communications@oppa.ca or cell 647-449-2801. 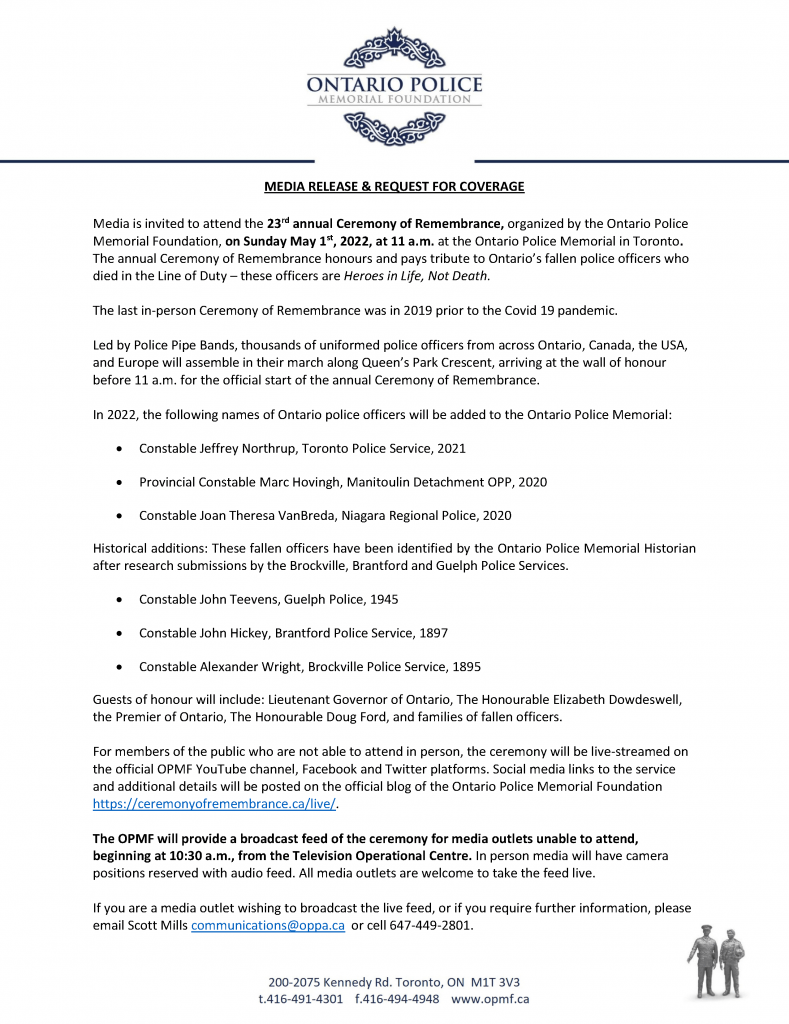 These three locations will broadcast later in the day with Hamilton to still provide time.