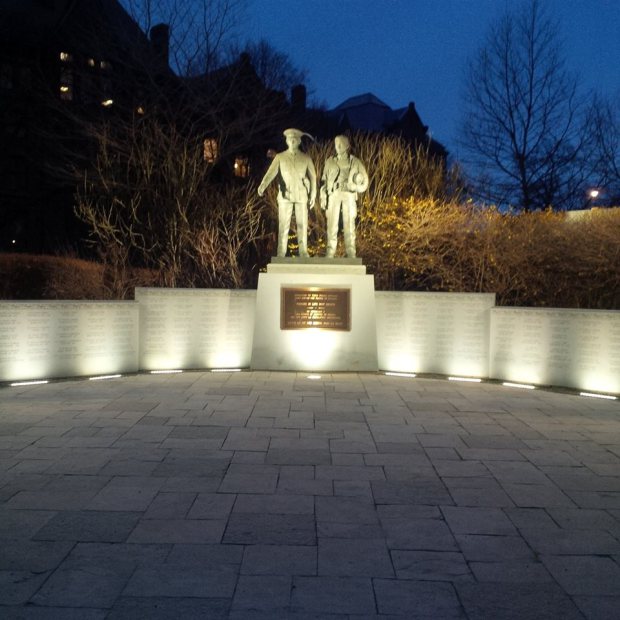 Music from the Waterloo Regional Brass Band and songs from members of the Ontario Police Choruses will be performed prior to the arrival of the Procession of Honour.

Police pipe bands will lead officers from across Ontario and the United States in their march around Queen’s Park, arriving at the Memorial shortly before 11 a.m., for the official start of the Ceremony of Remembrance.

One name will be added this year to the Wall of Honour:

Constable John Zivcic, while responding to a call for a possible impaired driver, was involved in a motor vehicle collision. Constable Zivcic died two days later from his injuries. His organs were donated to help those in need.

The Ontario Police Memorial Foundation (OPMF), host of the annual Memorial Service, continues with its research and to fulfill its goal of ensuring that every fallen officer from Ontario will not be forgotten.

The architectural illumination of the CN Tower will be done in blue light on the night of May 3, to honour police officers in the province of Ontario who have lost their lives in the line of duty.

At 10:15 a.m., the Procession of Honour will start along the following route: 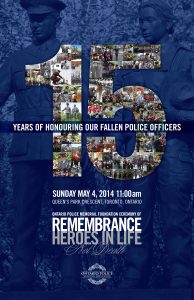 Thanks to Rogers Television who will provide a coverage of the 2014 Ontario Police Memorial Foundation that can be watch in areas serviced by Rogers Cable. For broadcast locations and schedule to watch click here. Special thank you to Rogers for making DVD’s for the families of fallen officers of this important event.