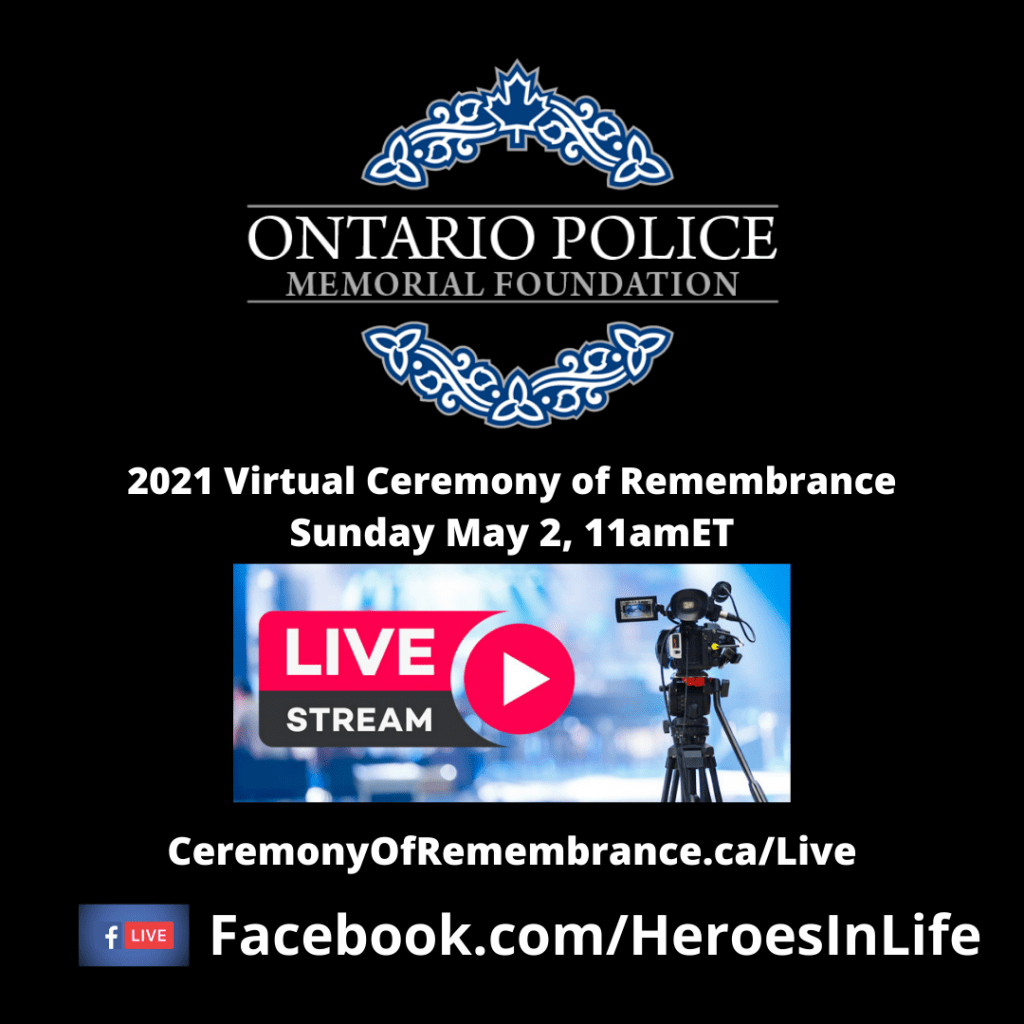 Please join the Ontario Police Memorial Foundation on Sunday May 2, 2021 at 11amET as we pay tribute to those police officers in the province of Ontario who died in the line of duty. They are our “Heroes In Life, Not Death”.

The Ontario Police Memorial Foundation will live broadcast the 22nd Annual Ceremony of Remembrance from Queen’s Park, Toronto, Ontario, Canada. A full professional quality broadcast was planned but had to be cancelled due to the Stay At Home Order limit of 5 people for outdoor gatherings in Ontario.

In lieu of gathering together in person to celebrate the lives of our fallen, viewers are encouraged to tune into the Ontario Police Memorial Foundation Facebook Live at 11am and follow along as the Ontario Police Memorial Foundation President, a representative of families, a piper and an officer to lay a single wreath will be live broadcasted from a cell phone to solemnly honour those who have paid the ultimate price while in service to their communities.

The link, once live, will be posted on this blog at CeremonyofRemembrance.ca/Live and it is appropriate to advise people wishing to watch to click on the blog link, or directly on the Facebook page hosting the Facebook Live at the link Facebook.com/HeroesInLife.

Individuals and organizations are encouraged to post videos and photos to their social media using the official hash tag for the event of #HeroesInLife. 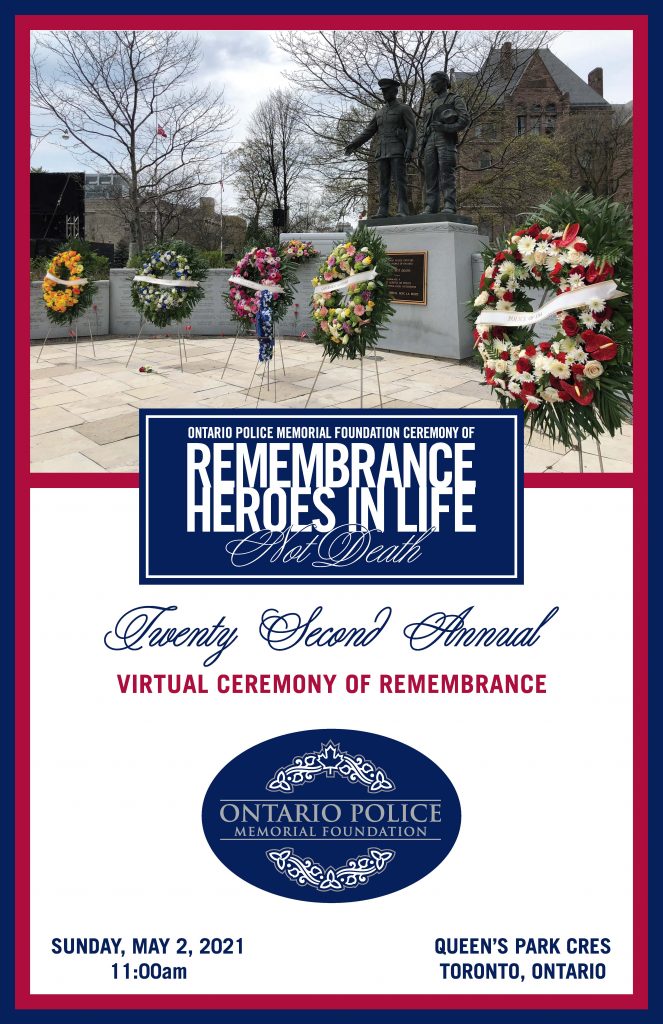 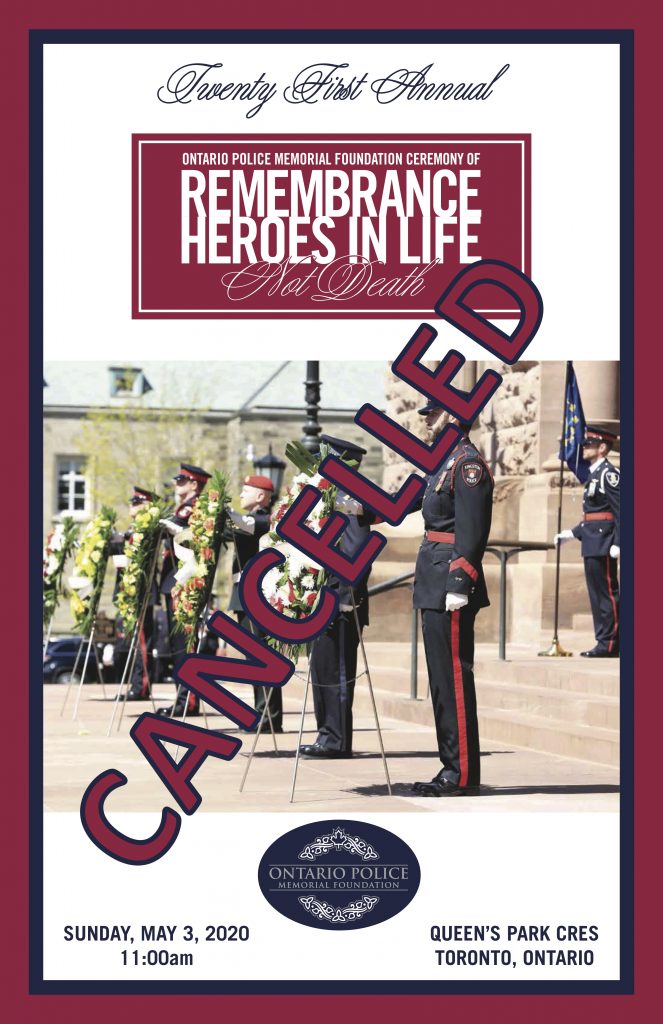 **CANCELLED**
Due to the COVID-19 Virus situation, we regret to announce that the Ontario Police Memorial Foundation Ceremony of Remembrance scheduled for Sunday May 3, 2020 in Toronto has been cancelled. See attached letter with full details from the OPMF President Mike Adair 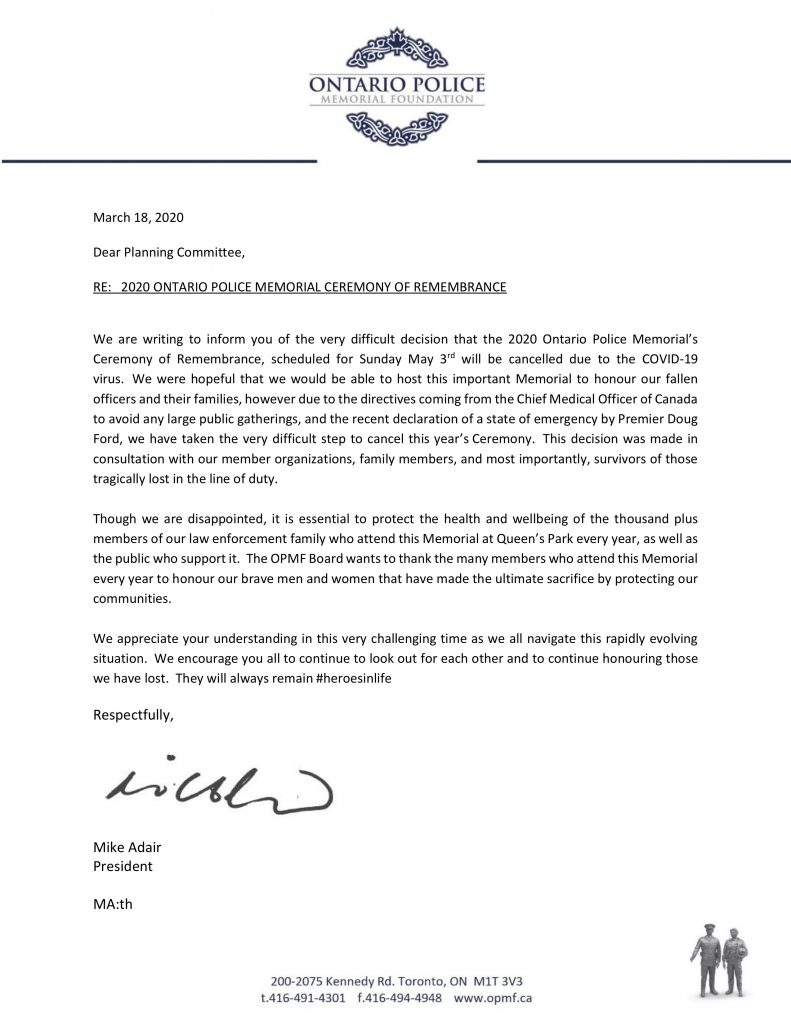 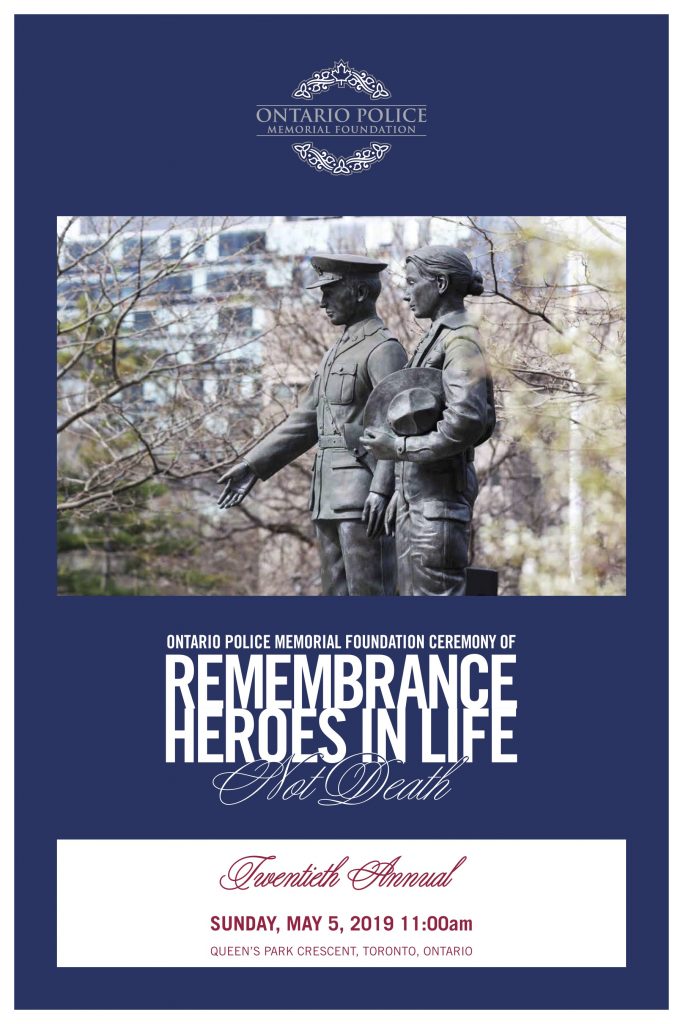